If you are going to remembered by generations to come, what better way than to have a whole town named after you, together with an island, renowned for its tourism status?

But probably Dr David Livingstone’s most memorable achievement was to name what was to become one of the Seven Wonders of the World, after his reigning monarch – Queen Victoria.

Finally he (or at least most of him) was buried in Westminster Abbey.

David Livingstone was born on the 19th of March 1813 in a cotton-worker's tenement in the Scottish mill town of Blantyre. He died 60 years later in present-day Zambia, and his heart is buried beneath a mvule tree near the spot where he died, now the site of the Livingstone Memorial.

On the plinth of the big bronze statue of Livingstone overlooking the Falls themselves, are inscribed the words 'Dr Livingstone. Missionary. Explorer, Liberator' - a truly impressive description. However there are detractors from this, one claiming that he was a complete and utter failure as a missionary, making only one convert in his whole life - who lapsed after six months. And that, as an explorer he got most things wrong, for example the source of the Nile, and that even his reputation as the first outsider to see the Falls is incorrect (it is said that the Portuguese explorer, Antonio da Silvo Porto, or the Hungarian Lazlo Magyar, beat him to it).

But let us put these miserable claims aside - nothing can really take away Livingstone's reputation as the visionary who first brought the Falls to the attention of the world!

With his insatiable appetite for exploration, Livingstone was unable to resist the challenge of travelling to view the waterfall about which he had heard so much - 'The Smoke That Thunders' - and on November 16th 1855 he was taken by dugout canoe (accompanied by the local tribal Chief of the Makolos, Chief Sekeletu, and a 100 further canoes full of tribesmen) to the northern end of what is now known as Livingstone Island. It was from here that he crawled to the edge of the precipice and beheld the spectacle of The Falls for the first time, writing of his experience that "Scenes so lovely must have been gazed upon by angels in their flight". It is said that he then leaned over the edge, lowering a bullet on a long string, to measure its height (a somewhat dangerous operation, having lost the use of his left arm 20 years previously on being attacked by a lion).

Years later, in 1869, during a later expedition, Livingstone had not been heard of for some time, and Henry Morton Stanley was sent to find him by the New York Herald newspaper. He eventually found Livingstone (suffering from a bad case of malaria) in the town of Ujiji on the shores of Lake Tanganyika on 10 November 1871, greeting him with the now famous words "Dr Livingstone, I presume?", to which Livingstone apparently, and memorably, responded, "Yes".

Livingstone was in fact ill for most of the last four years of his life, and died in 1873 at the age of 60 in Chief Chitambo's village at Ilala, southeast of Lake Bangweulu, from malaria and internal bleeding due to dysentery. His loyal attendants Chuma and Susi (after whom a couple of lodges upriver from the Falls are named) removed his heart and buried it under a tree near the spot where he died, which has been identified variously as a Mvule tree or a Baobab tree. That site is now known as the Livingstone Memorial. The rest of his remains were carried, together with his journal, over 1,000 miles (1,600 km) by Chuma and Susi to the coastal town of Bagamoyo, where they were returned by ship to Britain for burial. In London, his body lay in repose at No 1 Savile Row, then the headquarters of the Royal Geographical Society, prior to internment at Westminster Abbey.

History of The Falls 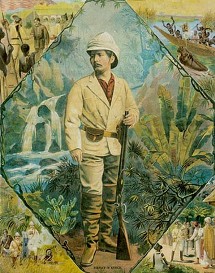 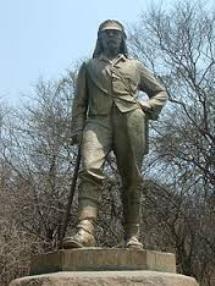 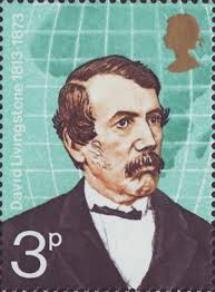